dbnAudile supplied lighting and sound to all eight stages at Parklife 2015.

dbnAudile returned to Heaton Park to supply lighting and sound all eight stages, as well as video to two of those – for the popular Parklife Weekender music festival, with which we have been involved since its inception in 2010.

The crew – which peaked at 24 technicians, programmers and operators – was led by dbnAudile’s Pete Robinson, and they started their various get-ins across the site on the Wednesday. There were a few logistical curved balls thrown into the mix for good measure, including an extra Friday night concert by the Courteeners which was slotted in by promoters SJM on Stage 4. 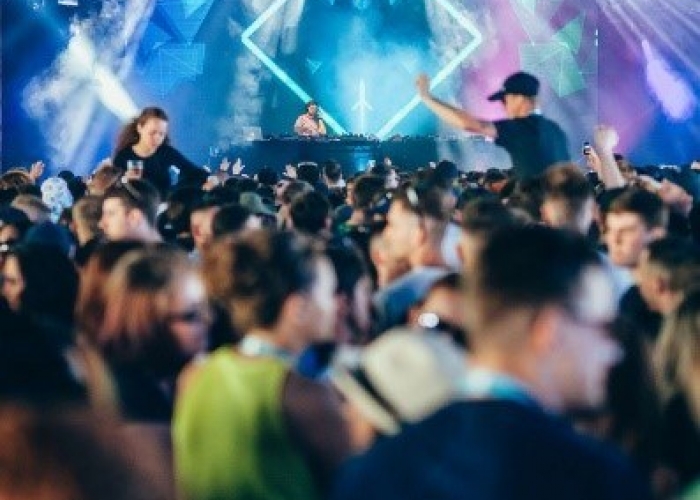 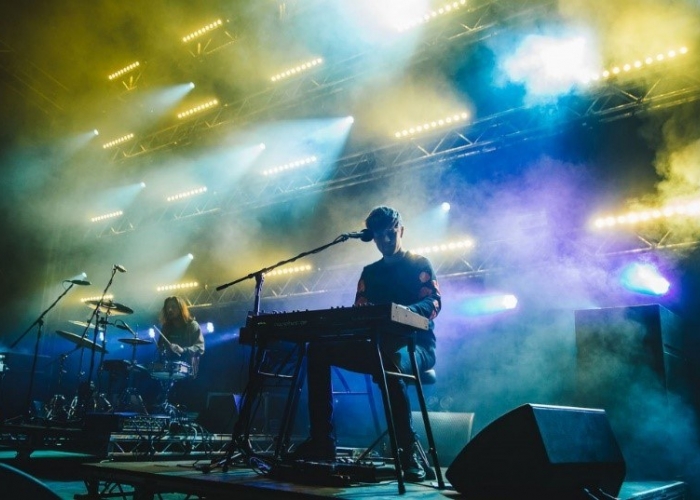 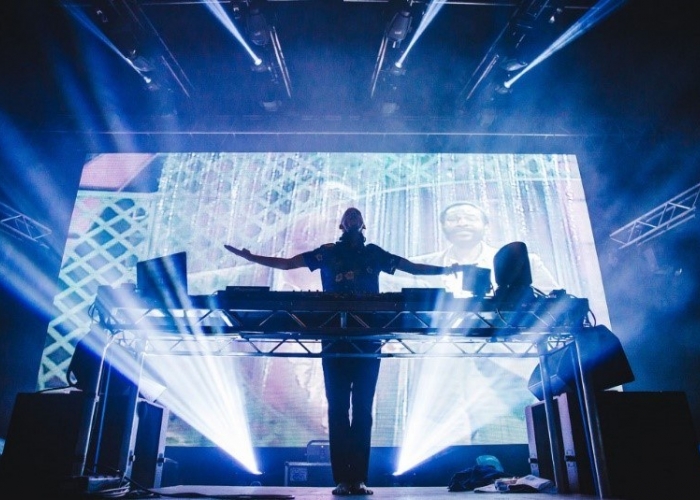 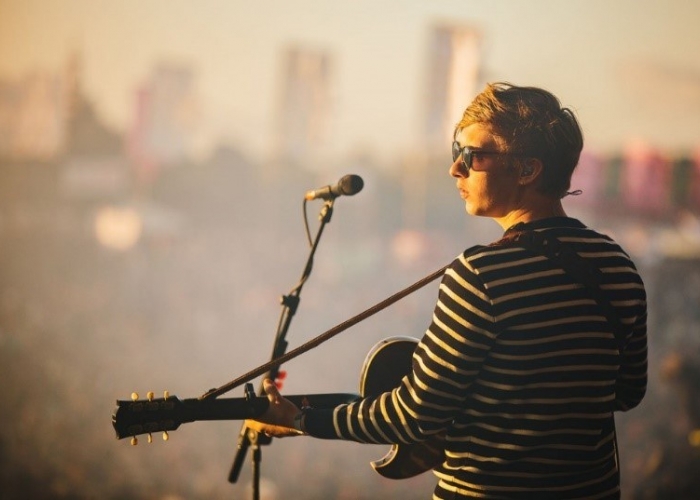 The main stage this year was up-scaled to a 24 metre Space roof from Serious three weeks before the event to accommodate the two headliners – Disclosure and Rudimental.

As both artists were bringing in substantial lighting and video packages, dbnAudile’s ‘house’ lighting design was kept straightforward and based around accommodating this. Disclosure’s requirement was also that the entire house rig be gridded out so their complete show could be rigged ‘underneath’.

dbnAudile installed three straight trusses which could be flown out into the roof for Disclosure, and then back in again to provide lighting for the rest of the two day line-up. These were accompanied by drapes, masking and a full cable management system, all designed to make the process, safe, smooth, sensible and streamlined.

As soon as Disclosure’s set finished on Saturday, dbnAudile and the Rudimental advance crew rigged as much as possible of their production, including three circular trusses and an upstage projection screen, with two projectors hung on the front truss which was also clad with a scenic London railway bridge covered in graffiti art and CCTV cams. The scenic elements all arrived from the new Wild Life sister festival in Brighton at 7 a.m. Sunday morning, so it was a gruelling session for all involved. Rudimental also used the house rig as part of their show. 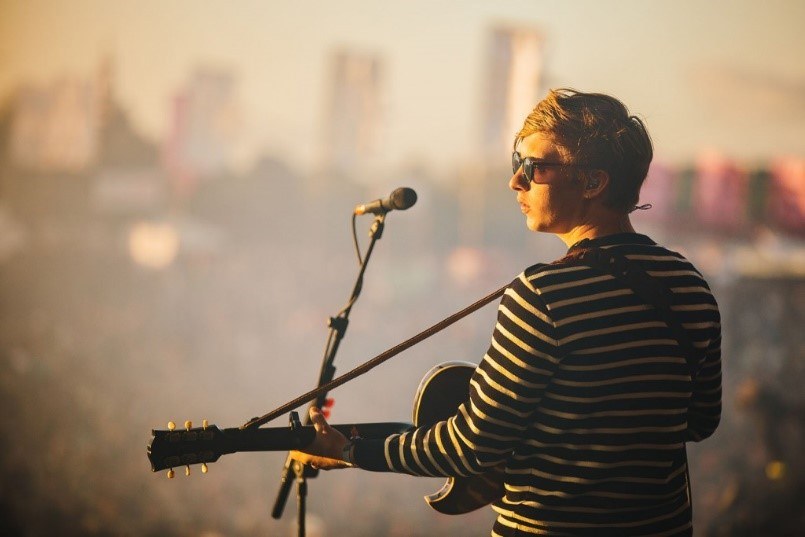 The house lighting console was a Pearl Expert Pro with Touch Wing. 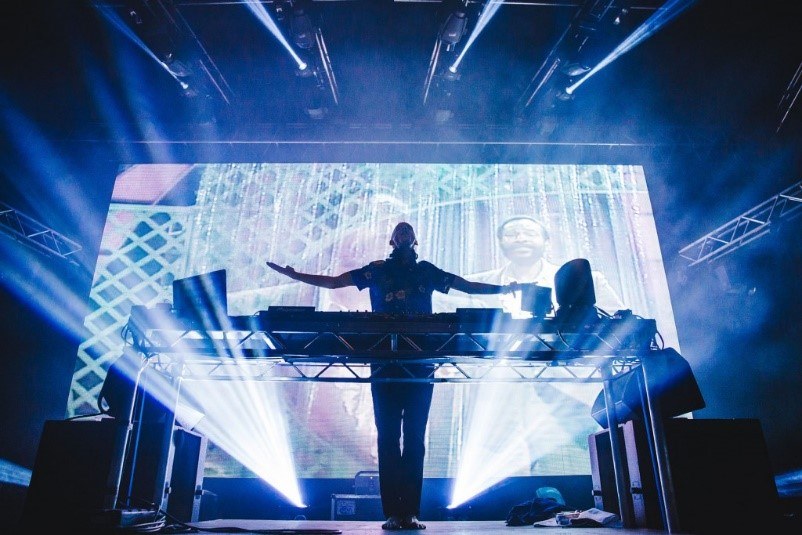 The stages were numbered clockwise from the main stage and Stage 2 was a 54 x 74 metre 6 king pole big top primarily with a DJ line up, and headlined by Fatboy Slim.

dbnAudile built a four legged ground support system cantilevered out from the stage at the front which provided all the lighting positions and rigging points for the two main PA hangs.

The generics included 16 x Atomics and 24 x ColorForce 12s which were used as audience blinders, together with more 2 and 4-lite Moles.

Control was an Avo Pearl Expert run by Nick Buckley and Paul Sheard. Pete Robinson completed all the truss layout and fixture placement, with the overhead lights arranged across six ‘finger’ trusses. 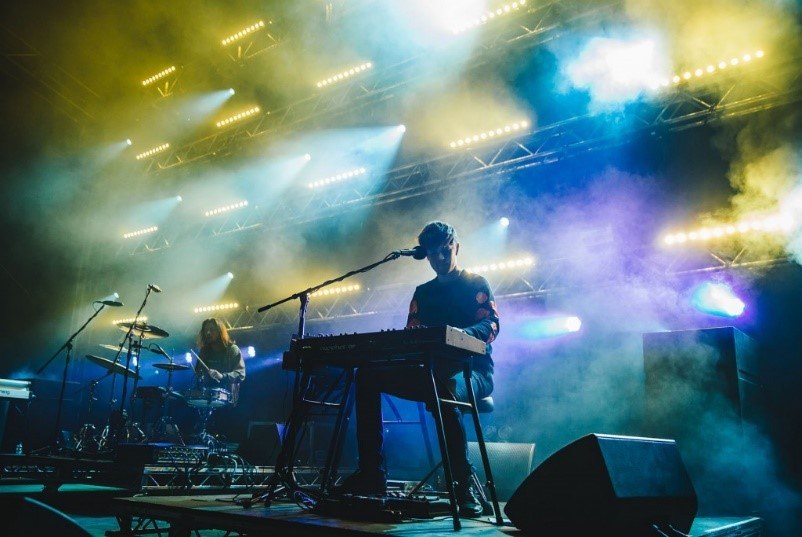 Stage 3 was a slightly smaller big top, with dimensions of 48 x 70 metres and six king poles. All the production again stayed at the stage end, where dbnAudile installed a six legged ground supported box truss structure over the stage and PA wings.

Three trusses were hung underneath each another at the back, and a grid of lights was rigged to these, spaced out according to a precise plan prepared by Stephen Barnett.

These were all mapped by Stephen onto an Avo Tiger Touch II with a playback wing. He spent several weeks pre-programming so he could get to know the console, and the results looked amazing! He was joined by dbnAudile’s Chris Phillips on operating duties. 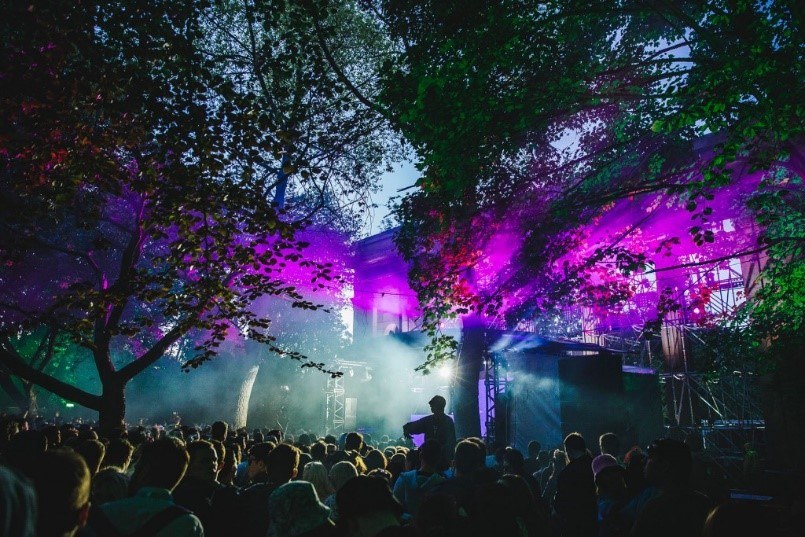 Stage 5 was a tri-span structure, created by three saddlespan structures arranged in a little cluster with the three mouths facing one another, which on the site plan resembled a large set of genitalia.

A ground supported circular truss was rigged in the middle to provide front lighting positions, together with a straight truss hung in each of the three stage mouths, plus a selection of loose fixtures made available for the stage. The kit included 16 x CP Alpha HPE 300s, 8 x Alpha Beam 300s, 8 x Alpha Wash 300s – all picked for their compact sizes – along with 12 Atomics, and 10 x 5 way Chroma-Q db4 battens rigged vertically across the back of the stage for general eye candy.

A new Avolites Quartz controlled everything operated by Paul Crompton. 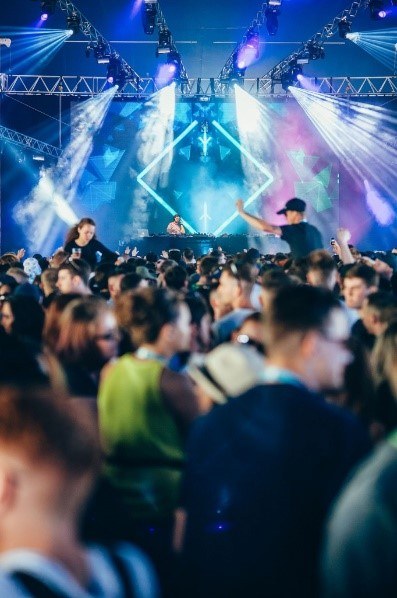 For stage 6, a custom Serious Stages structure was erected in front of Heaton Park’s famous Colonnade (once part of the old Manchester Town Hall) structure and was a small stage with just 4 metres of headroom, yielding an intimate 8 metre wide playing space with a small arched roof.

Another late change of spec here added a reasonable amount of production.

A ground stacked 9mm LED video wall was put in at the back – supplied by dbnAudile via YSLV – in one block, complete with a smaller section of the same screen used to face the front of the DJ booth.

On each of the two PA delay tower structures – also added – six Alpha Beam 700s were positioned, and another clutch of lights and effects were positioned behind the stage on the scaffolding structure built around the Colonnade to protect it. This amounted to 12 x Alpha Beam 700s, 30 x Chauvet Nexus 4×4 panels, 12 x active Sunstrips and six Atomic strobes.

Control was another Pearl Expert Pro – as with all these smaller Avolites consoles – an absolute favourite for festivals. The Nexus panels and the Sunstrips were mapped on the desk by operator Anthony Owen which allowed him to create some great funky and mesmeric effects to wow the crowds.

All the stages were equipped with a full atmospheric package – a mix of Jem smoke generators, DF 50 foggers and Look Solutions’ Unique hazers. 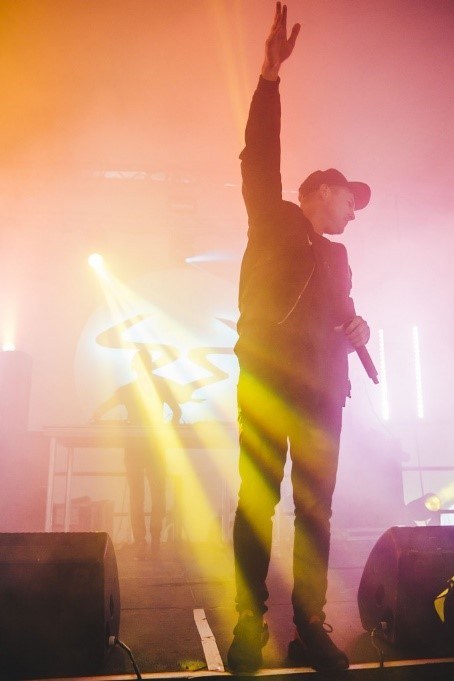 Some of the boutique stages were also supplied with effects lighting, including The Smallest Club in the World which is in a garden shed, and the Africa Stage which was visually enhanced with an assortment of disco effects and LED PARs. 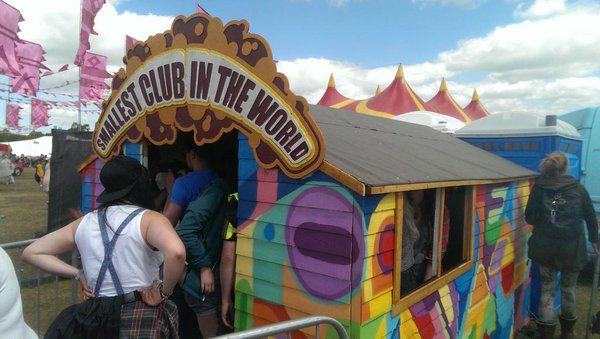 “We know from past experience that being flexible and prepared to be adaptable is a key to this event running smoothly, but once again, it was an excellent event that everyone enjoyed working on."